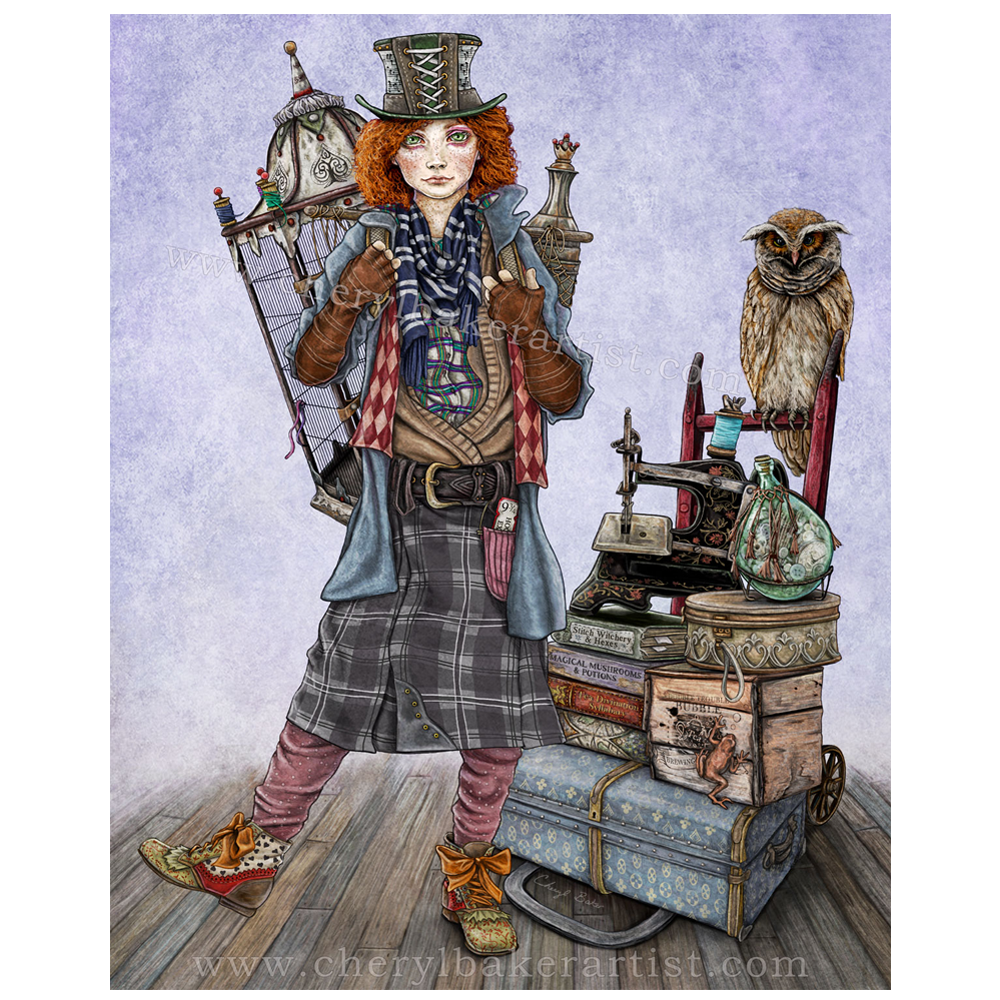 It was an enchanted hat that he created for a class project at the School for Witches and Wizards that earned him this nickname from his classmates. With magic guiding his hands, he stitched and sewed tirelessly, with a few creations coming to life. His delusional imagination almost took him to the point of madness and the teachers were quick to intervene. Diligently playing the role of the dutiful student, he continued his studies. Little did anyone know the fantasies that were playing in his mind.

This is the fourth in my new collection featuring beloved characters from favorite childhood stories depicted as children waiting for a special train to take them to the School for Witches and Wizards. Check back often for more students!

To add Winifred into your space, click the “Add to Cart” button below.

This product hasn't received any reviews yet. Be the first to review this product!